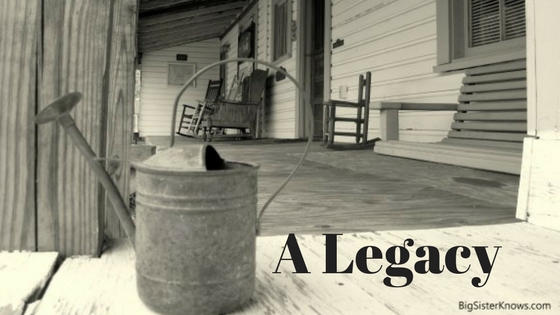 My class was given an assignment one day in middle school: to list all the things we wanted to accomplish before we died. I know, it sounds morbid, but it was really fun. We listed things like climb Mt. Everest, bungee jump off the bridge in San Francisco, scuba dive off the Great Barrier Reef. Some of the family-focused kids even said they wanted to get married and have kids. Of course, we all wanted to win the lottery, have amazing jobs, and make millions of dollars. We wanted excitement, respect, and an easy life.

Later, we had another assignment: to write our own funeral eulogies. I don’t know why our teacher was so focused on death that semester, but this one really got us thinking. What would we want people to say about us when we were gone? Sure, we wanted to be remembered for being fun and having great adventures. But in light of the finality of our pretend deaths, that all began to seem pretty small. Instead, we started listing things like:

I tried to remember this lesson, but it’s easy to forget the eternal impact of a temporary life. It’s also easy to think that we’ll do something grand, or act a certain way, as soon as we feel better, have more money, the days get longer, people get nicer, etc., etc. Then I was faced with this lesson on a more personal level.

I worked with my grandmother at a cookie shop our family owned for eight years. During that time, I saw her give away food to countless homeless people. I also saw her sneak cookies and hugs to the kids she had served during a previous job at a school cafeteria. Given the chance, Grandma saw to it that no one in that mall lacked food, a smile, a hug, or even a prayer.

By most standards, Grandma’s life was simple. It wasn’t until after she was gone that we began to appreciate the number of lives she had touched. One particular example always comes to mind, though I heard it second-hand from my grandfather.

As the story goes, Papa was in a barber shop shortly after Grandma passed. The man next to him asked his barber if he had heard that the Cookie Lady (as Grandma was affectionately known) had recently died. They both seemed saddened by the news. The man then told his barber that Grandma had saved his marriage. Apparently, they had fallen on hard times, and somehow he had gotten to talking about it with Grandma at the cookie shop. In her gentle way, she must have encouraged him, probably prayed with him, and ultimately played a part in bringing them back together. Papa didn’t tell the men who is he was; he just sat there and basked in the moment, proud that she had been his wife.

Grandma had that way about her. She loved everyone without reason—other than Jesus had said that she should. She always thought the best of people, giving them the benefit of the doubt. Whenever wronged, she forgave quickly and easily.

I have no idea how many people Grandma loved into the Kingdom of God, but I know the ripples of those actions continue still.

Grandma never climbed a mountain, went to Hollywood, or graced the cover of a magazine (though she could have done all those things). She didn’t leave us large amounts of money or jewels or fame. But Grandma did leave us a priceless inheritance: her legacy. That’s something that all of us look up to, aspire to attain, and plan to pass to our loved ones once when we’re gone.

Are you so focused on what you want to get out of life that you’re forgetting to make a difference in it? What kind of impact do you want to make on your world? Ask the Lord what kind of legacy He wants you to leave behind. You’re never too young or too old to start building it today.