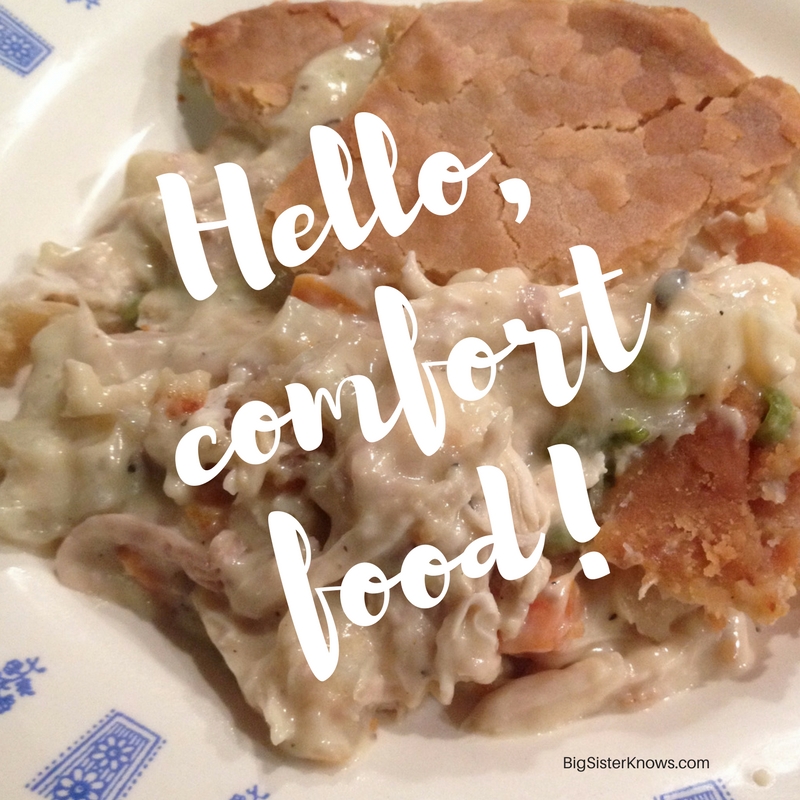 Can you believe Thanksgiving is right around the corner? Perhaps you’re the cook in the family, and you’re getting your menu ready. Or maybe, like me, you’ll take a small cooler when you visit family over the holiday, ready to bring back tasty leftovers.

Whatever your plans, this recipe is sure to make you happy! That’s because there’s nothing more comforting than a homemade pot pie on a cool night. Make it traditional with chicken, or use that Thanksgiving turkey. You can even make it gluten free! You just can’t go wrong with this one. 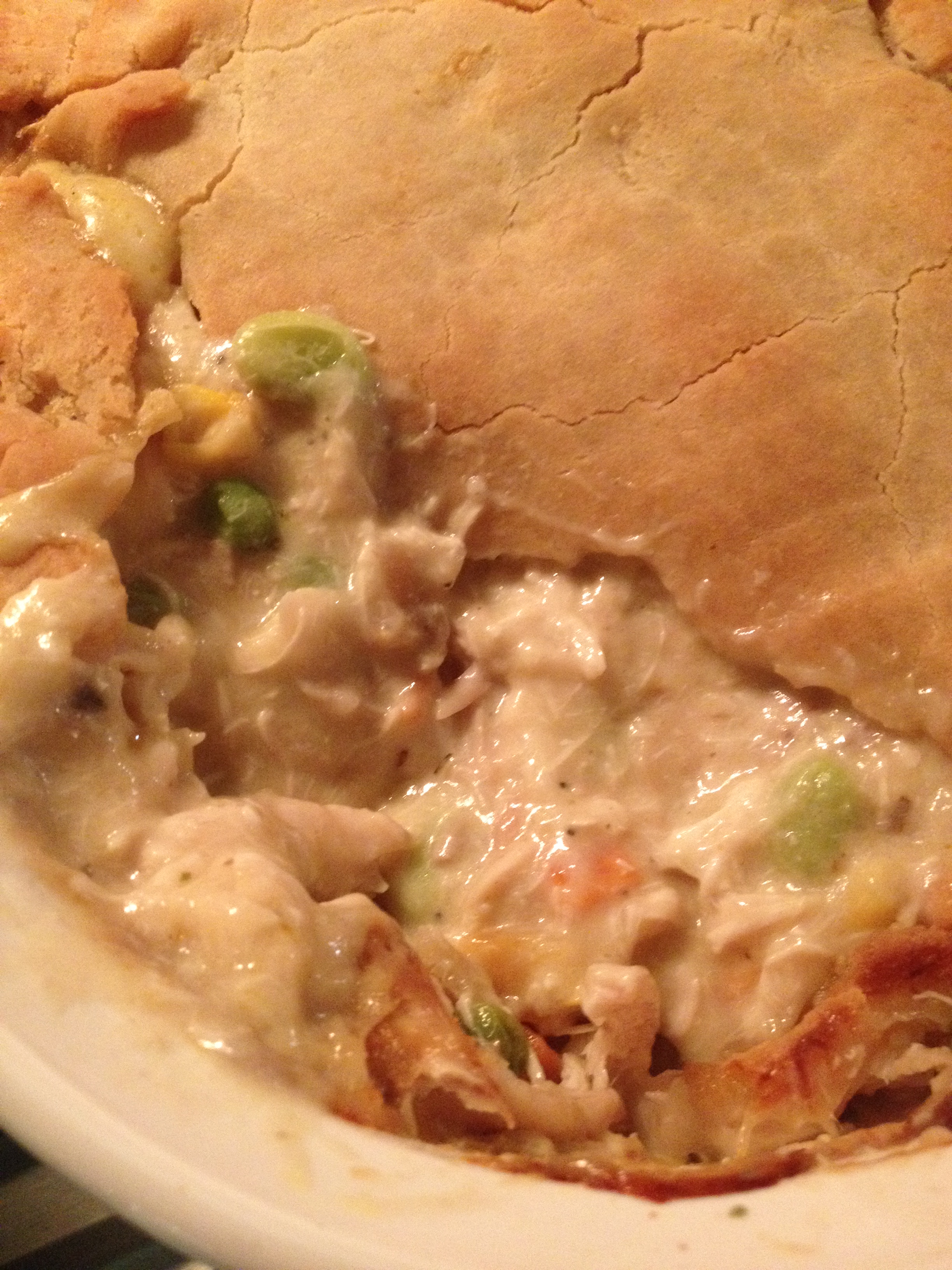 Stir all ingredients together and then mix in the deboned chicken pieces. Let the pie crusts sit out for 1-3 minutes until they become malleable. Place one crust on the bottom of a deep baking dish. Don’t be afraid to tear apart the crust and reform it until it covers the bottom of the dish. Add the chicken and soup mixture and cover with the second pie crust.

Bake in a pre-heated oven at 400 degrees for about 40 minutes, or until done and the crust is slightly browned.

This makes one large pot pie or multiple smaller pies (which are great for sharing!).

Gluten Free Option – To make the chicken pot pie gluten free (GF), you’ll need to ensure each ingredient is GF, from the pie crusts to the soups. Our Publix doesn’t carry GF pie crusts, but I really like the ones at Earthfare.

The price of GF soups is ridiculous though (at over $3 a can!), and they don’t have the same flavor or consistency that I’m used to. I just use the same Campbell’s soups Mom always used, even though they do contain wheat flour as a thickener. Since this is the only time I knowingly cheat on my GF diet, and I don’t have celiac disease, this doesn’t pose a serious problem for me. However, if you need to make this GF, you’ll have to splurge on the soups or make your own from scratch.

The Chicken (or Turkey) – I use organic rotisserie chickens from Earth Fare because they’re only $5 on Mondays. However, any rotisserie chicken will do fine. You can even substitute turkey if you have some leftover from Thanksgiving.

Deboning a chicken sounds daunting if you’ve never done it before and, even if you have, it’s never fun—but it’s not a complicated process. Simply place the rotisserie chicken on a non-stick cutting board. (I use plastic for easy clean-up.) Using a knife, remove the skin and legs. Then remove the breasts and other large chunks of meat. You can then use a knife or fork to remove the smaller pieces of meat around the bone. Cut up the larger portions with the knife and shred with the fork for a finer texture. The trick is to do this while the chicken is still warm. If you put it in the fridge overnight, the fats will turn to gelatin, making this job a lot less appetizing.

Lunch for Tomorrow – Depending on the size of the chicken, you may be able to set aside a portion of it for later. I usually make some chicken salad for the next day’s lunch by adding mayonnaise, mustard, and seasoning. It doesn’t get any easier than that! 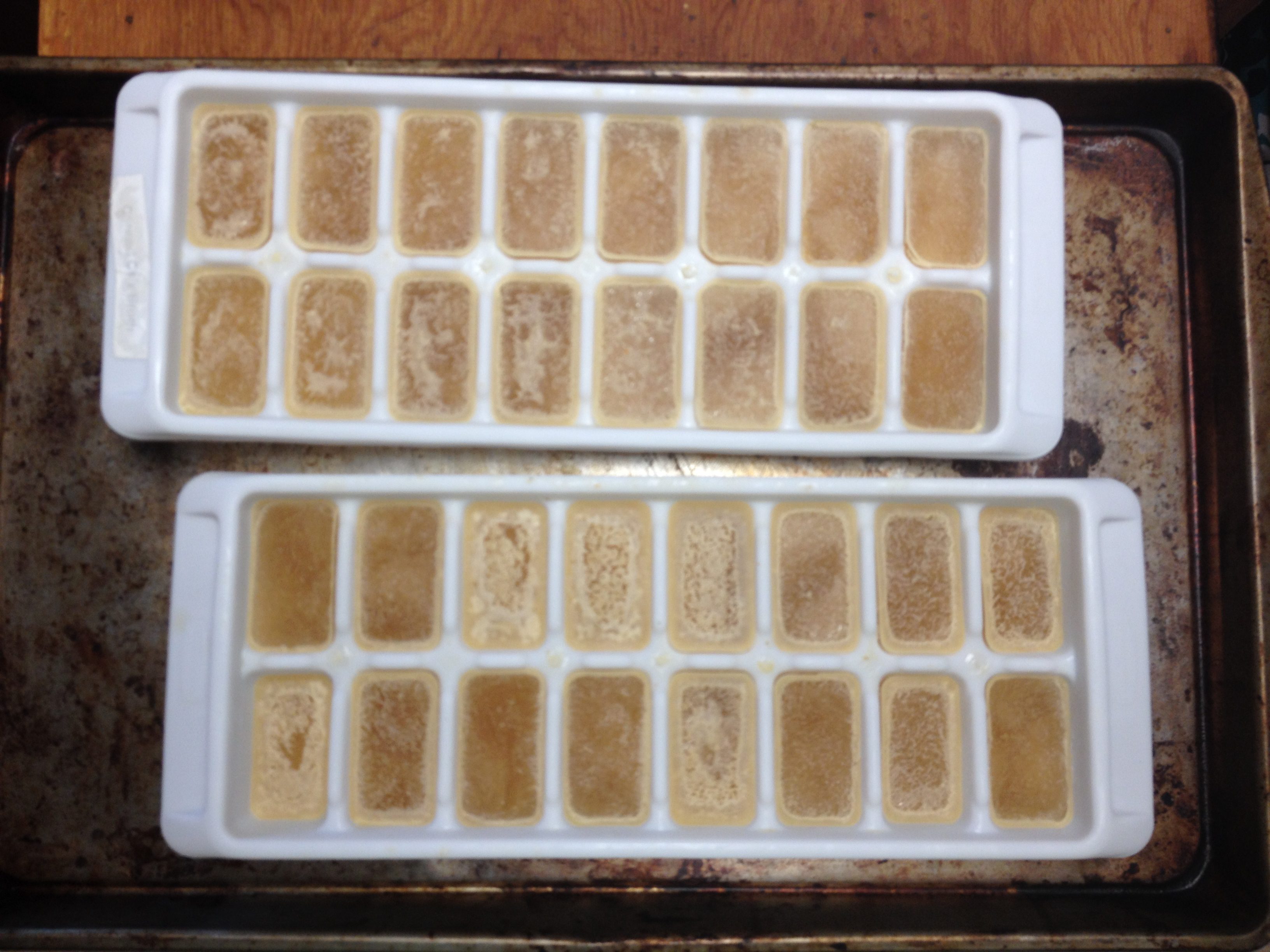 Broth for Later – Nothing is healthier than homemade chicken broth, especially if you use an organic chicken. If you’d like to make your own, simply put the bones, skin, and “icky” pieces in a crock pot. Add a little onion, seasoning, and water, and cook on low for about six hours (depending on your crock pot’s heat level). Keep in mind that the more water you add, the more broth you’ll make, but the more diluted the flavor will be.

Once it’s cooked, let it cool. Using a strainer, pour out the broth. If you plan to use the broth over the next few days, keep it in the fridge. If not, pour it into an ice cube tray and freeze. Four cubes is roughly 1/4 cup of broth. (If you want more broth, you can repeat this process the next day using the same bones and skin, but there will be less flavor.)

Do you have any tips for using leftover Thanksgiving turkey? Share them in the comments below!