When I sing this, the word Hosanna seems to encapsulate all the praise and adoration I can muster for the God who lives in the highest of Heaven.

While the word Hosanna sounds super-spiritual, I doubt many of us know what it means. That’s because Hosanna is a “transliteration.” Instead of translating it from the original Hebrew, we simply sound it out as it was originally spoken.

So what does Hosanna really mean? Are we even using it correctly?

It turns out, that’s a tricky question.

The writer of this Psalm was begging God for salvation and prosperity. But what happens when we combine these two words into “Hosanna”? 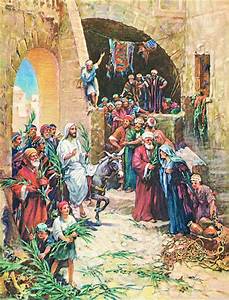 The only time we find Hosanna in the Bible is during Jesus’ triumphal entry into Jerusalem on what we now call Palm Sunday. (See Matthew 21, Mark 11, Luke 19, and John 12.) As Jesus rode into town on a young donkey, a large crowd met Him with great fanfare. As a sign of honor and subservience, they placed palm fronds and their own coats in the road. Then they began to shout:

“Hosanna! Blessed is He who comes in the name of the Lord;
Blessed is the coming kingdom of our father David; Hosanna in the highest!” (Mark 11:9b-10 NAS).

Sound familiar? It seems the Jews were quoting Psalm 118 on Palm Sunday. They cleverly captured the essence of verse 25 by combining the key words into three syllables: “Hosanna!” They tweaked verse 26 a bit, but we can identify the parallel language and imagery here in Mark 11.

The part that seems to throw people is found in Mark 11: 10: “Hosanna in the highest!”

If Hosanna means something like “deliver us,” should this sentence say “Deliver us in the highest”? That doesn’t sound right.

Perhaps that’s why the New Living Translation translates every instance of Hosanna as “Praise God.” I give them points for attempting to translate this word, but “Praise God” doesn’t seem to fit what we know about the original Hebrew words.

On the other hand, the Complete Jewish Bible translates every instance of Hosanna as “Deliver us!” or—for even more emphasis— “Please! Deliver us!” That certainly carries the weight of the original words yasha and annah.

A Plea for Deliverance

If the original usage of the word Hosanna was to plead for deliverance, does that mean that every person who shouted to Jesus, “Hosanna!” had the same idea of deliverance in mind? We know from the Bible that’s not the case.

While Jesus intended to bring spiritual salvation to all mankind, many of the Jews were looking for more earth-bound salvation—from Roman rule. Jesus wanted to be their God-King; they wanted an earthly king.

Some may have had a more personal deliverance in mind, such as physical and emotional healing. Still others may have understand Jesus enough to ask for spiritual deliverance, leading to salvation.

I think it’s safe to say that no one in that crowd understand Jesus’ full mission—and He knew that. He could read the thoughts and hearts of every person there…and yet He did not rebuke them.

That gives me hope. When I find myself in the crowd, and I don’t understand God’s Word or His Will—or even the words I sing at church—I know He will be as patient and merciful with me as He was to the Jews back then.

So, in the scheme of things, it’s okay if we don’t know what the word Hosanna means or if we happen to use it in a way it was never intended. The Bible’s message of salvation doesn’t change, whether we use “Hosanna,” or translate it as “Praise God” or “Deliver me.” What is important is that we seek God.

As you prepare for Easter this year, I encourage you to seek Him anew. Run out to meet Him on the road of life! Throw down everything you have at His feet because He alone is worthy. Declare out loud that He is your King and Deliverer. Be brave and unashamed in your worship.

Rejoice that Jesus has come…and He is returning soon! 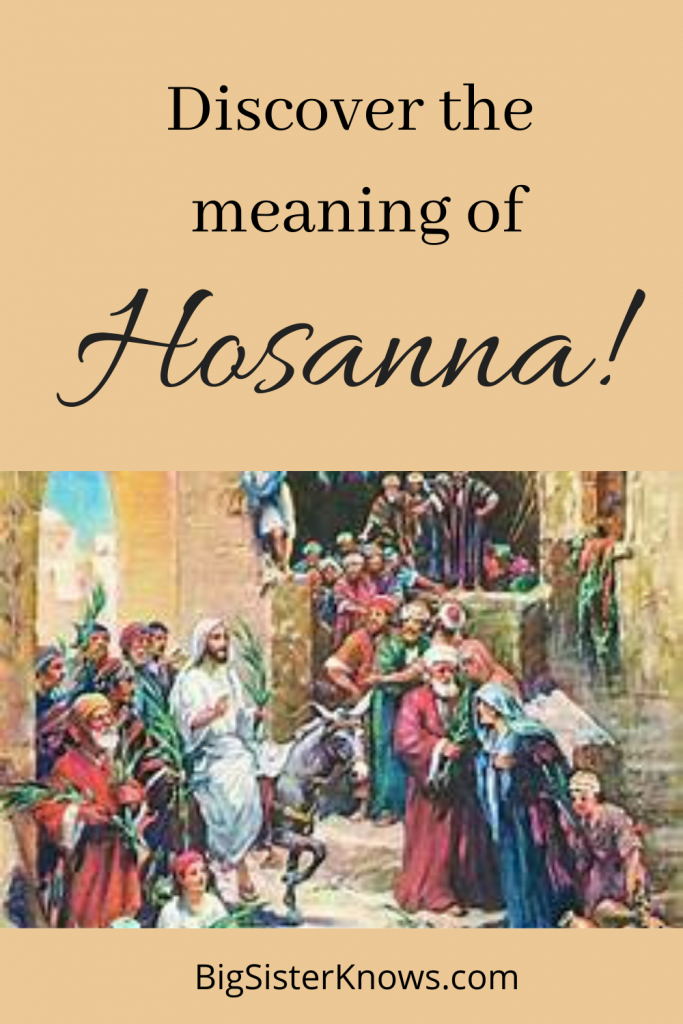