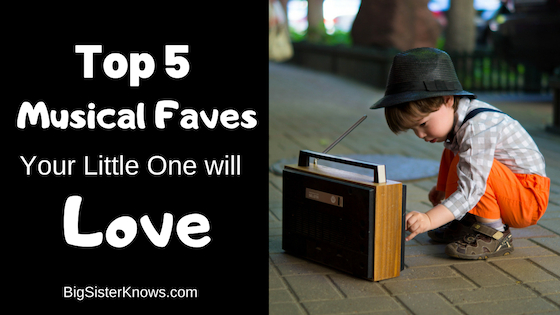 When my sister Madeline was little, she used to have a plastic heart-shaped locket. I think she kept a picture of me in it for a long time (which is super sweet!). What I remember most, though, is the song it played: “You are My Sunshine.” This was in the 90’s, though, before kids’ toys became what they are today. Even at 10 years old, I thought the sound quality of that locket was annoying. Madeline loved it, though, so we heard a lot of that song (and I still think of her whenever I hear it).

It’s no secret that babies love music and other soothing and fun sounds. This week, I thought I’d share with you Gordon’s favorite song, musical toys, and apps. If you have a little one, check these out. If you don’t, keep them in mind for your next baby shower.

The Happy Song by Imogen Heap

A friend of mine shared this one with me, promising that it would put a smile on Gordon’s face, no matter what—and she was right! He loves the funny sounds (“ping ping, a submarine”) while I enjoy the soft melody. A lot of children’s songs grate on my nerves, but not this one—even after playing it a dozen times in a row.

Sadly, this song is a single and appears to be the only one the artist has made for children. However, that means you can get it on iTunes or Amazon for $1 and you don’t have to buy a whole CD. 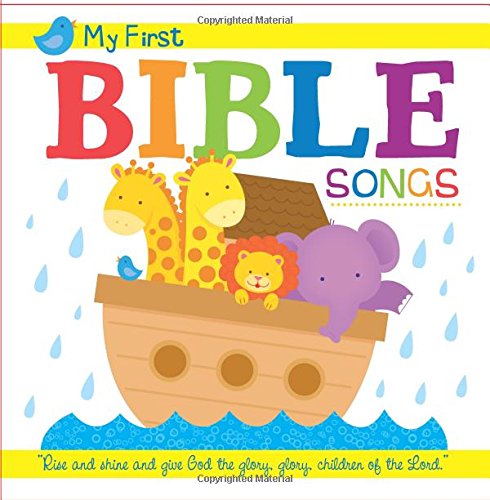 If you’re looking for a collection of those VBS songs you sang as a child, check out My First Bible Songs by Shiloh Kidz. The songs are upbeat and catchy, perfect for road trips or when you’re trying to get the energy out of your rambunctious little one.

The CD comes with a padded, illustrated board book with the words to most of the songs printed. This is a nice feature, especially for older kids who are learning to read and want to follow along with the music. 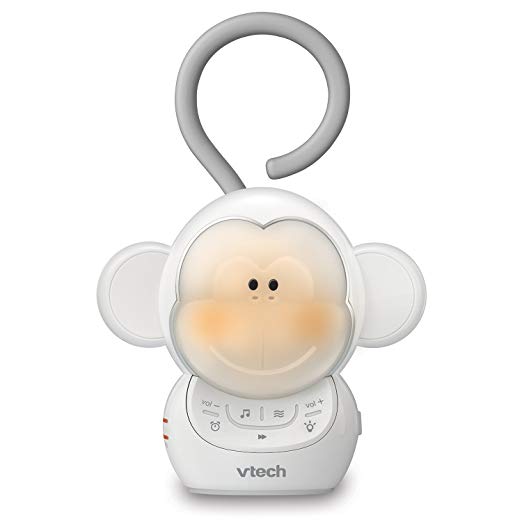 Although Gordon can fall asleep in a crowd of noisy people, sometimes he needs a little help drifting off when the house is quiet. That’s when I turn on the VTech Sleep Soother. It’s a small noise machine that features white noise, ambient sounds, and soothing melodies. I’m surprised at the quality of the sounds, especially the songs, but I appreciate the volume button more than anything. Most machines are way too loud for me to fall asleep to, but I’ve personally enjoyed this one. Another nice feature is that it uses an included USB cord to charge, which is nice because I don’t have to buy (and throw away) batteries. If that weren’t enough, it has a flexible hook and a Velcro strap, so you can attach it to the crib, car seat, or play yard. When we go to Grandma’s house, this little monkey goes with us.

(We have an older version, but this newer one has a night light, which would be really helpful.)

Last year, Robby bought me this hippo Slumber Buddy as a sweet Mother’s Day gift—just weeks after we found out I was pregnant. The Buddy plays three different songs (which are pretty good) and two sounds: flowing water and a heartbeat. The night light is my favorite feature, though. It doesn’t just glow; it projects light in the shape of stars and planets on the ceiling (something I loved as a child!). You can choose between four different colors or allow it to switch between them automatically. It also has a timer, which you can set to go off after 15, 30, or 45 minutes. Oh, and last but not least, it’s super-snuggly. This little hippo is sure to be one of Gordon’s favorites.

As far as lullaby apps go, we love Guva! We use the free version of the app, which has dozens of beautiful sounds and melodies. My favorite sound is “deep water” because it makes me feel like I’m sleeping under the waves. Baby Jones’ favorite is “rain,” which sounds like an actual recording of a summer rainstorm. When nothing else works, I turn this on, and Gordon is out like a light!

The only downside is that it’s an app on my phone, and I don’t want it running all night. I may upgrade for $4.99 so I can set a timer, unlock the rest of the sounds (like “cat purr”), lullabies, as well as various “shushes.” You can even record your own sounds with the upgraded version, a feature I haven’t seen elsewhere. The animations are also neat, although Gordon is too young for screen time, especially before bed. If you have a little one, or you struggle to fall asleep at night, check out Guva!

Unfortunately, this app is only available for iOS, but I’m sure there is something comparable for Android phones, as well.

Looking for a faith-based lullaby CD? Check out this post about our favorite, Hidden in My Heart. And don’t miss this post with resources to help you start blessing your child today.

Does your little one have a favorite song, musical toy, or app? Please share it in the comments for the rest of us!

This post contains affiliate links. As an Amazon Associate I earn from qualifying purchases.