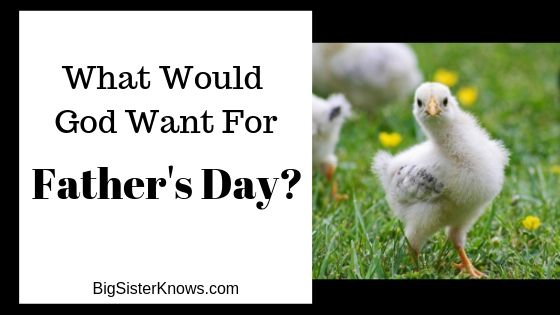 I asked Robby what he wanted to do to celebrate his first Father’s Day. His answer: take a nap. (Oh the life of a new parent!) After some thinking, though, he decided it would be nice to indulge in a local buffet that features Southern-style cooking. I suggested we stroll Gordon around the nearby duck pond and, voila, we had a whole afternoon planned. Although he never got that nap, we all had a great time together. 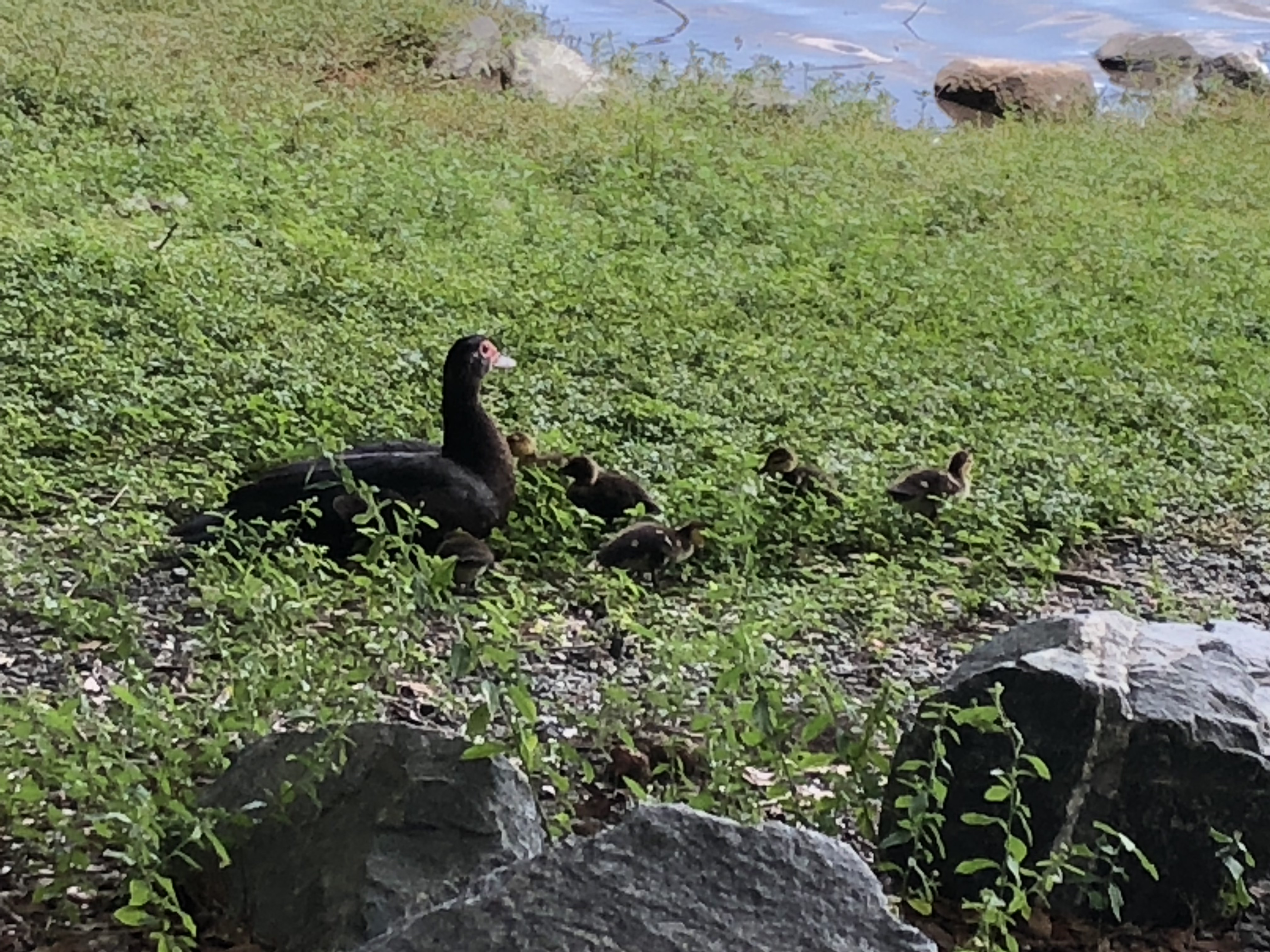 When we found a couple duck families at the pond, I was probably the most excited. We all watched as the little fluff-ball ducklings waddled back and forth in the rocks and grass. At one point, a few of the ducklings must have followed the wrong mama because when the other duck quacked, they took off running toward her. It was so precious!

Have you ever seen a duck call to her ducklings and then corral them under her wings to protect them from a predator? I have, and it’s nothing short of amazing that a dozen babies can hide under one small duck! I’ve always associated this sweet image with the ultimate, protective mother.

But would it surprise you to learn that God used this same image to describe Himself?

“Jerusalem, Jerusalem, who kills the prophets and stones those who are sent to her! How often I wanted to gather your children together, the way a hen gathers her chicks under her wings, and you were unwilling” (Matthew 23:37 NAS).

In this verse, Jesus was talking to the scribes and Pharisees, the leaders of the Jewish people. He was calling them out for their history of killing God’s spokesmen, the prophets.

“How often I wanted to gather your children together…and you were unwilling.”

In one simple sentence, Jesus reminds us that He existed as the Son of God long before He was born in the flesh and given the name of Jesus. In fact, the Son of God was never created but has been part of the Trinity forever. (See John 1:1-3 and Colossians 1:15-17.)

Jesus also reminds us that He shares the heart of the Father through the Holy Spirit. They are always in agreement, and they have longed to gather God’s chosen people in their arms, to protect and to love them. And the great news is that we, God’s followers, are His chosen ones. (See John 5:19-20.)

If we were to ask God what He wants this Father’s Day, I believe He would reference Matthew 23:37. He would tell us how much He still longs to gather us in His arms, but we are often unwilling. We’re too busy. Too tired. Too hard-hearted or angry or….anything but willing.

Whatever you’ve done in your life, remember that God loves you beyond measure. There is nothing you could have done that outweighs the sacrifice Jesus made of Himself on the cross. If you’ve been resisting God in any way—flailing around like a little chick in tall grass or, worse yet, following the wrong leader—then I encourage you to stop. Respond to God when He calls your name, and let Him tuck you under His wings. Let the Creator of the Universe draw you unto Himself. Allow Him to protect you and love on you.

After all, it is Father’s Day, and your Heavenly Father is waiting.

For more Father’s Day-inspired reading, check out these posts:

Through the Lens of Our Fathers 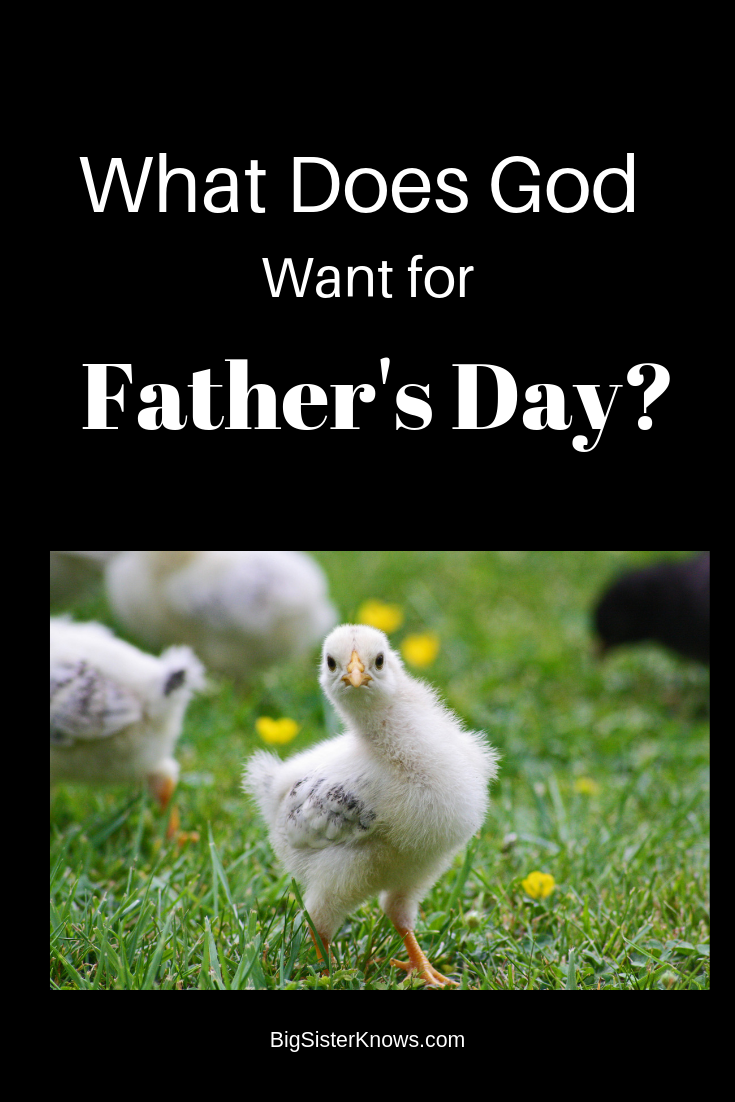