After reading my story in Modern Cast Iron about the way Robby’s family made cane syrup on their small farm, my friend and fellow author Charles Huff shared the following story with me. I love how my book has brought back old memories as well as encouraged folks to cook in cast iron. I’m sure you’ll appreciate this slice of small-town history as much as I do.

My hometown is Salem, Illinois, the county seat for Marion County. It lies in the heart of the bottom third of Illinois where two major state highways intersect in the center of downtown and in the center of the county. We lived about five miles south of town alongside the north/south highway that ran through town.

It was a family thing

Our farm, I later learned, was 30 acres parceled out of a much larger farm previously owned by Dad’s grandmother’s uncle. Dad crop-farmed while working as a welder full time at a local propane tank manufacturer. Each year, he bought a few pigs to grow for slaughter. I read in a small journal his aunt kept in 1941 how several family members would come together to help slaughter a hog or a young bull. And so it was for this last hog Dad butchered.

His youngest brother—Uncle Bob, along with his young wife Winnie—came to our house hauling the biggest black iron kettle I had ever seen. It was nearly as deep as it was wide. They positioned an iron tripod over a pile of wood and hung the kettle from a hook at the point where the three iron legs met.

I could only watch

I remember being so frustrated at being pushed aside and told to stay out of the way. My frustration was heightened because my older brother was able to help, while my help was refused. I was forced to watch the process in the background. In my mind, I could surely do something. After all, I was four years old. The eight years my brother had on me meant nothing to me.

In the end, I don’t think I minded too much. It was a messy affair, fascinating, but gross. The most disgusting part for me was washing and using the intestines. After grinding and seasoning pork for sausage, they used a meat press to stuff the sausage into the intestines, twisting them every few inches into sausage links.

But I reaped the rewards anyway

The best part by far in my mind was rendering the lard. Dad and Uncle Bob trimmed off all the fat. My brother hauled it out to the kettle. There, Mom and Aunt Winnie stirred the huge pot. As the pieces of fat surrendered all the stored oil in them, Mom or Aunt Winnie would strain off the floating pieces of fat cells. They spread them out to cool and dry until they were crispy. Meanwhile, they ladled the oil out into three-gallon tin cans. As oil in the cans cooled, it turned into creamy-white lard just like the Crisco Mom would buy in the store. For weeks, we ate the cracklins (the crispy empty fat cells) like potato chips and rued the day the last one was eaten.

The end of an era

I didn’t know then, but that would be the last time anyone in the family carried out the united effort. It marked Dad’s first step away from farming. He continued planting and harvesting crops for a few years, but at the end of seven years, he even sold his tractor. Farming slipped into history.

Outside our immediate family, other changes also heavily influenced the end of a lifestyle. Store shelves became filled with more products. Stores expanded into superstores. Products were produced for less than the cost in time to make for yourself. Modernization and its push for the latest and greatest supplanted homemade in many ways. Self-sufficiency gave way to convenience. Mom continued to raise garden vegetables for canning or freezing because hers tasted better than store-bought. My brother continued to keep everyone’s freezers stocked with fish, squirrel, and rabbit. But those yummy cracklins were no more. 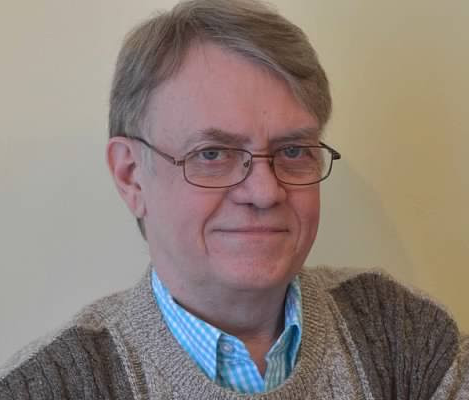 Charles Huff is a writer and speaker. His website Boosterclub Blog expresses his heart motivation. He delights in encouraging others to grow in their relationship with Jesus.

He and his wife have traveled three times to the Philippines where they have held pastors seminars and taught in various churches, including remote mountain churches. Connect with him at www.chashuff.wordpress.com and on Facebook at https://www.facebook.com/charleshuffwriter.

Modern Cast Iron is available wherever fine books are sold. 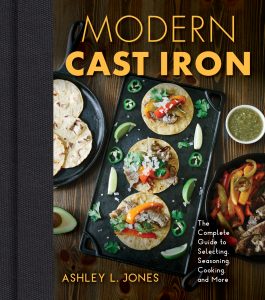 If you’re not getting the monthly newsletter, you’re missing out! Sign up today.