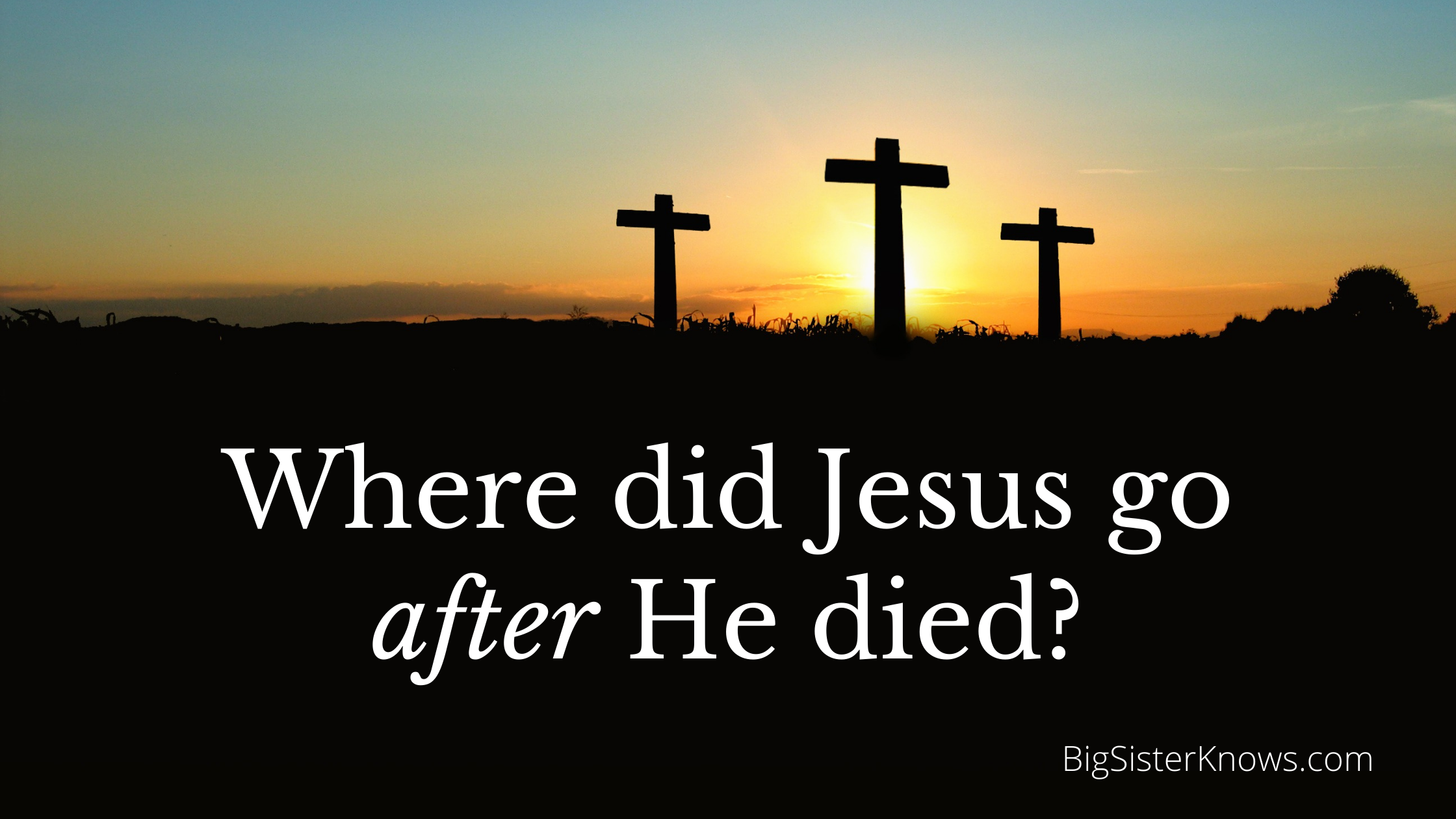 I heard once that if you’re not preaching the cross, you’re not preaching. There’s a lot of truth to that since Jesus’ sacrifice is the source of our salvation. While all Christians should be able to agree on this one truth, there are so many facets to it that we could talk about it for years and still not fully grasp the miracle of Jesus’ death and resurrection. Surely we’ll be discussing this topic throughout eternity with Jesus Himself.

Yet for all this talk, there’s one important aspect of Jesus’ death that I’ve never heard discussed from the pulpit:

Where did the spirit of Jesus go after He died?

Did He simply sleep through the weekend and awake on Easter Sunday?
Did He go to Heaven for a couple days?
Or did He go to Hell?

That last scenario probably seems blasphemous…but this is what the Bible says:

“For Christ also died for sins once for all, the just for the unjust, so that He might bring us to God, having been put to death in the flesh, but made alive in the spirit; in which also He went and made proclamation to the spirits now in prison, who once were disobedient, when the patience of God kept waiting in the days of Noah, during the construction of the ark, in which a few, that is, eight persons, were brought safely through the water” (1 Peter 3:18-20 NAS, emphasis mine).

According to Peter, Jesus went to these spirits “in prison” (i.e. Hell) and proclaimed the Gospel to them. In the context of this passage, it seems clear that Jesus performed this ministry after He was put to death.

What does it matter that Jesus went to Hell after He died? It shows us two important things:

1. The Length and Breadth of God’s Love

Have you ever felt so far from God that you wondered if you’d ever find the right path again? Or if God would ever find you? Have you felt that your sins were just too big for God to handle?

Hundreds of years before Jesus was born, David wrote this:

David’s words here were prophetic because God, in the person of Jesus, did go to Hell for the sake of the lost. The passion of Jesus—His death and resurrection and even His short trip to Hell—show us the great lengths God will go to for us.

Wherever you are right now, God is there with you. And whatever you’ve done, God can forgive you…if you let Him.

When Jesus sacrificed His own life and then raised Himself from the dead, He declared victory over death itself. For those of us who believe in Jesus, we claim that same victory alongside Him. Although every man will die in this world, believers will live forevermore, just like Jesus our Savior.

Jesus alluded to this in His Revelation to John:

“When I saw Him, I fell at His feet like a dead man. And He placed His right hand on me, saying, ‘Do not be afraid; I am the first and the last, and the living One; and I was dead, and behold, I am alive forevermore, and I have the keys of death and of Hades’” (Revelation 1:17-18 NAS, emphasis mine).

Here, Jesus may have been speaking figuratively when He referred to “the keys of death and of Hades”…or He may have meant literal “keys.” Did Jesus claim these keys when He went to Hell and preached to the souls there? Perhaps. It certainly adds to the mystery of Jesus’ death and resurrection, doesn’t it?

The world often tells us that Good and Evil are in an epic battle and it’s merely a coin toss to determine who will win in the end. But that’s the stuff of fantasy books. The real truth is that Jesus sacrificed Himself, strolled into Hell, showed His scars and gave His testimony to those who had never heard of Him. He then redeemed those who were willing to accept Him, took the keys of Hell (figuratively and perhaps literally), and then raised his body from the grave before ascending to His rightful place in Heaven. Don’t let the world fool you: Jesus is King.

I love the way Paul pulls from the Old Testament to sum up the meaning of the cross:

This Easter, as you meditate on the ultimate sacrifice Jesus made on the cross, remember the two days Jesus spent in Hell ministering to the lost. If you feel lost today, take heart! God is with you…and He is a forgiving King!

A Savior We Can Relate To

What Cup?: A Closer Look at Jesus in the Garden

Words from the Cross

The Name of Jesus 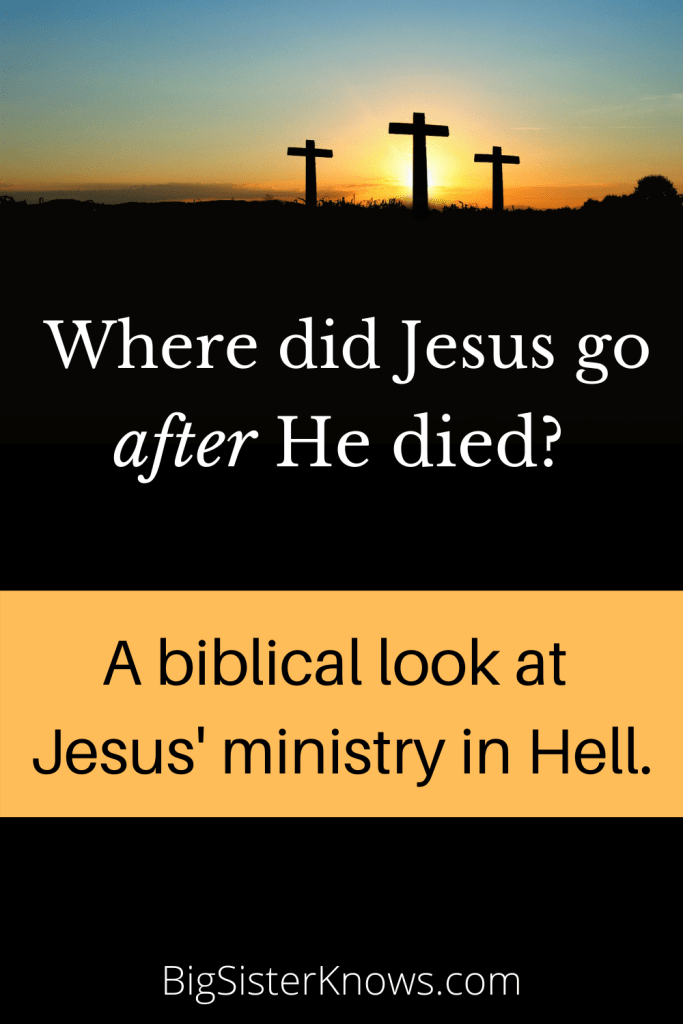 Wondering how to share your faith with your little ones? Get my free eBook today. 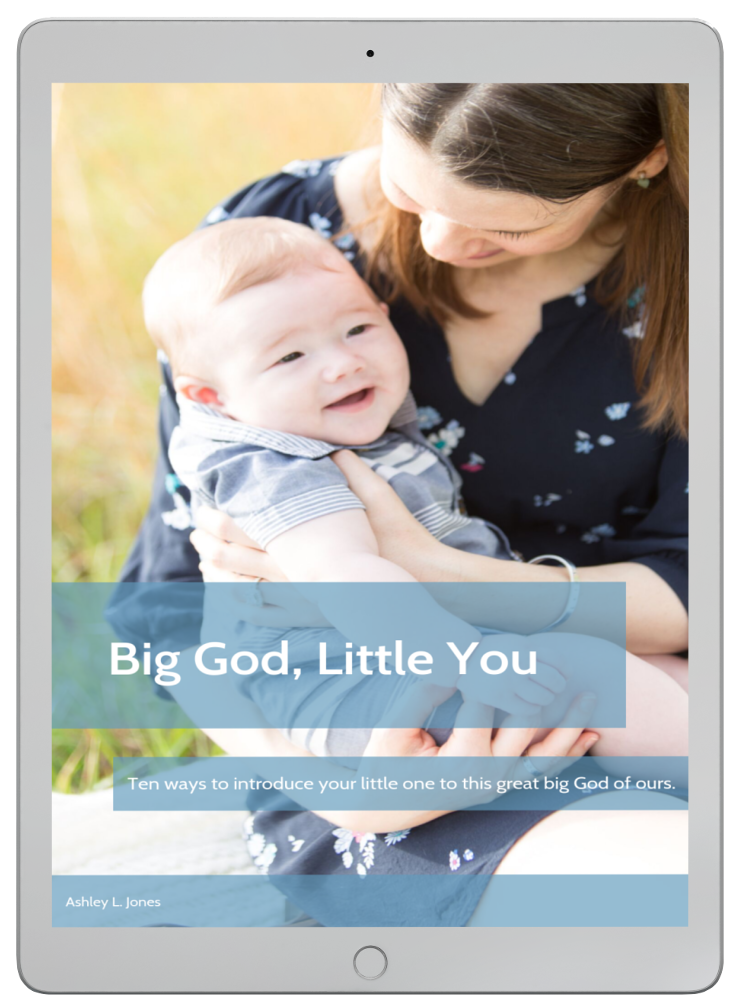