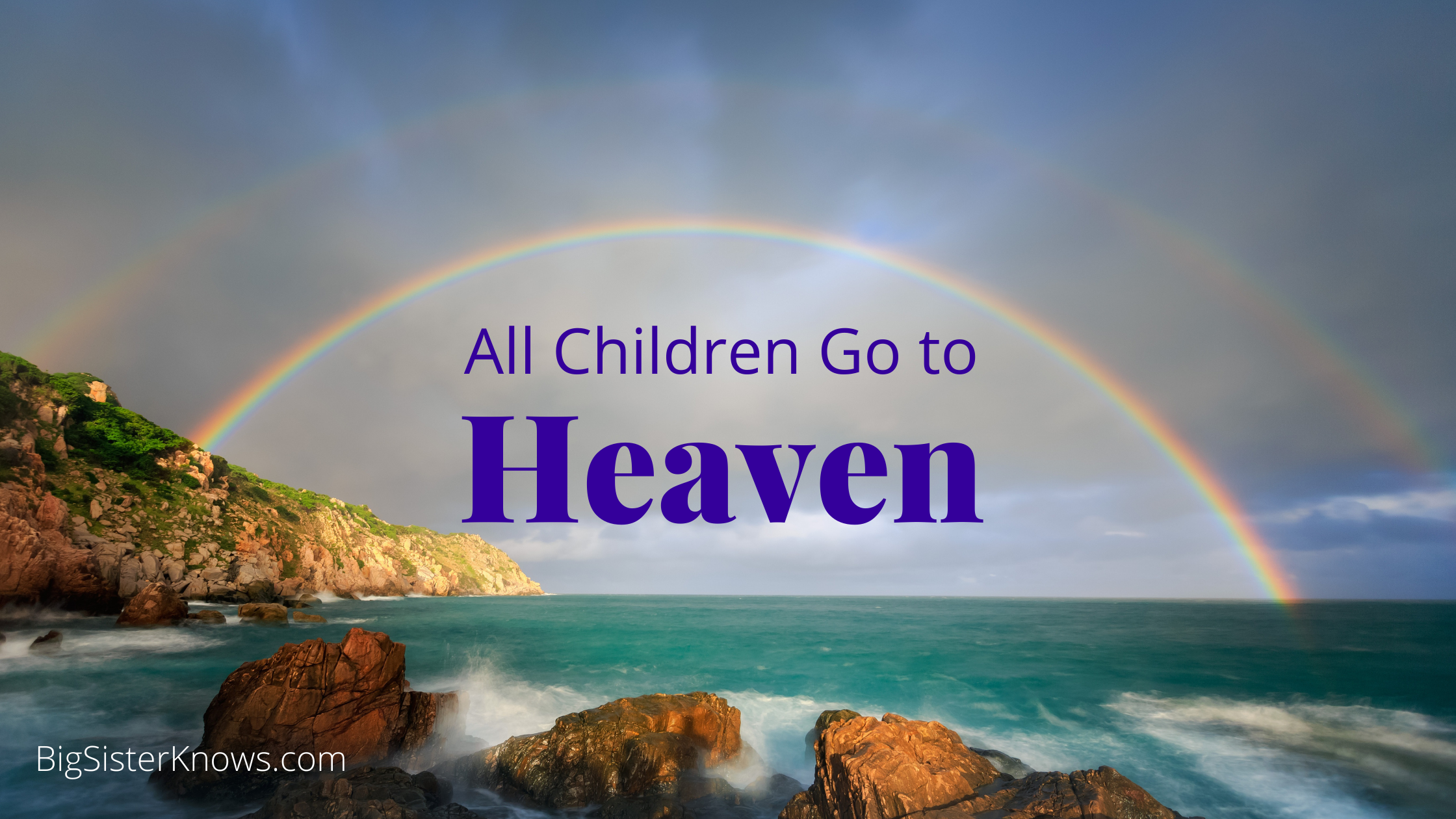 Mother’s Day is in a couple weeks. Now that Gordon is two, I’m looking forward to a hand-drawn, fully-stickered card. But just hearing my little guy say “Mama” warms the cockles of my heart.

This time of year also reminds me of my friends and family who have suffered the loss of a child. Some have gone on to bear children to term while others have not (yet). Still, I’m sure each one considers herself a mom. Once a mom, always a mom.

I can’t imagine the grief that comes with losing a child. Fortunately, many churches offer counseling, prayer, and solace for grieving families. However, some well-meaning Christians have made this terrible experience even more painful than it has to be. That’s because they insist that a person must be baptized in order to go to Heaven.

Where does that leave the little ones who pass on before being baptized?

Jonathan Edwards (1703–1758), an American revivalist preacher, philosopher, and Congregationalist Protestant theologian, famously stated, “The road to hell is paved with the skulls of unbaptized babies.”

It disgusts me to even quote that here. Such a statement completely undermines the grace of God, of which we know so little and yet receive so much.

So where does this idea come from, that children go to Hell? From the concept of original sin.

The term “original sin” doesn’t appear in the Bible but was first coined by Augustine of Hippo in the third century, supposedly based on a mistranslation of the book of Romans. The concept of original sin is a bit dense, but the effect is this: Protestant churches usually espouse that original sin is merely a propensity to commit sin; others (mainly the Catholic church) teach that original sin is a state of being, implying that all people are guilty, and condemned, at birth. For those who believe that we are born guilty, baptism is the only recourse. (Read my article, Baptism 101, for biblical reasons against infant baptism.)

What the Bible Says

But let’s step back a moment and look at what the Bible says. Romans 3 and 5 are filled with pertinent information on the topic of life, death, and salvation through Jesus. Here’s a passage that’s often quoted but usually misunderstood:

“But now apart from the Law the righteousness of God has been manifested, being witnessed by the Law and the Prophets, even the righteousness of God through faith in Jesus Christ for all those who believe; for there is no distinction; for all have sinned and fall short of the glory of God, being justified as a gift by His grace through the redemption which is in Christ Jesus; whom God displayed publicly as a propitiation in His blood through faith” (Romans 3:21-25 NAS).

The word “sin” means to “miss the mark.” It’s an archery term referring to someone who shoots and misses the bull’s eye of the target. It’s an active term—we can only sin by doing something wrong or by knowingly refusing to do something that we know we should.

Sin is not something that can be done to you. Nor is it a state of being as many claim. The Greek word here makes that clarification for us.

The Bible has a lot to say about Adam and Eve, their fall from grace, and how that imputed (or passed on) both sin and death to us today. We all feel the pull of sin throughout our lives, and as Christians, we repent and accept Jesus’ forgiveness.

A baby cannot knowingly sin or repent. Even a toddler who lies about eating cookies out of the cookie jar is not sinning because he cannot understand the meaning of sin. Intent and action are inherent in the concept of sin.

So where do children go when they die? I believe with all my heart that they go straight to Heaven, as every innocent soul does. There aren’t a lot of biblical passages that speak to this topic directly, but I feel that this one is important:

“And they were bringing children to Him so that He might touch them; but the disciples rebuked them. But when Jesus saw this, He was indignant and said to them, ‘Permit the children to come to Me; do not hinder them; for the kingdom of God belongs to such as these. Truly I say to you, whoever does not receive the kingdom of God like a child will not enter it at all’” (Mark 10:13-15 NAS).

Jesus gladly received children on earth and stated that the kingdom of God belongs to “such as these.” Why then would He deny children in Heaven? He wouldn’t. It just doesn’t make sense.

The Bible is our ultimate resource, but we all have experiences that create our personal testimonies. Those who claim to have visited Heaven or experienced heavenly visions seem to be in agreement that children are in Heaven.

Jesse Duplantis recounts his heavenly visit in his best-selling book, Heaven: Close Encounters of the God Kind. You can watch him speak about his visitation in various YouTube videos, including this one.

Duplantis shares how he saw entire families together in Heaven, including children. At the 50 minute mark in the video above, Duplantis states, “If you’ve had a miscarriage, if you’ve had an abortion, don’t worry about it. You didn’t lose your baby. The Lord’s got your baby.” 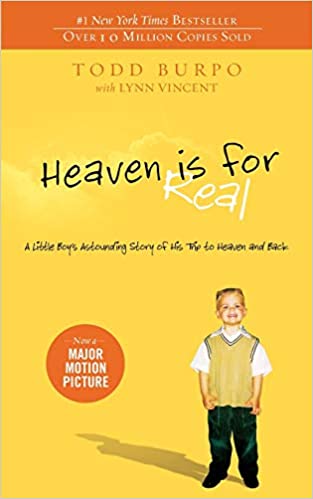 Another beautiful resource is Heaven is for Real: A Little Boy’s Astounding Story of His Trip to Heaven and Back by Todd Burpo with Lynn Vincent. This book recounts Colton Burpo’s trip to Heaven—at only four years old! For years after his experience, Colton continued to speak about what he had seen and experienced in Heaven. One of the things he shared with his family was, “there were lots of kids” in Heaven. Not only that, but he repeatedly told his family that “Jesus really loves the children!” It seemed it was his mission to share this important fact. (This story is also told in board book, picture book, and movie formats.)

As with everything, we must “test the spirits” (1 John 4:1). I have not found anything in either of these books that contradicts God’s Word. Instead, these stories have strengthened my faith, humbled me, and drawn me closer to the Lord. These testimonies have also given me a better picture of what may occur when children die young. 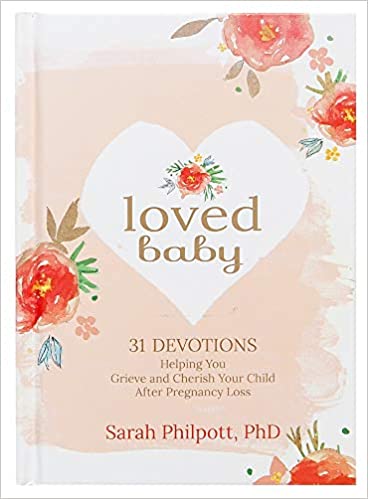 If you or someone you know has suffered the loss of a child, I also recommend the award-winning book, Loved Baby: 31 Devotions Helping You Grieve and Cherish Your Child after Pregnancy Loss  by my friend Sarah Philpott, PhD, of AllAmericanMom.net. Sarah experienced this kind of heart-breaking loss herself, and she went on to write this beautiful book to encourage other women. (We’re giving away three copies through Instagram over the next couple weeks, so feel free to enter the contest.) You can also join Sarah’s support group on Facebook.

Mother’s Day is something most of us look forward to. But if you’ve lost a child through miscarriage or at a young age, please take heart: your beloved one is in Heaven right now, and Jesus is taking very good care of him.

May God bless you and give you peace and strength.

Fear God, Not the Storm