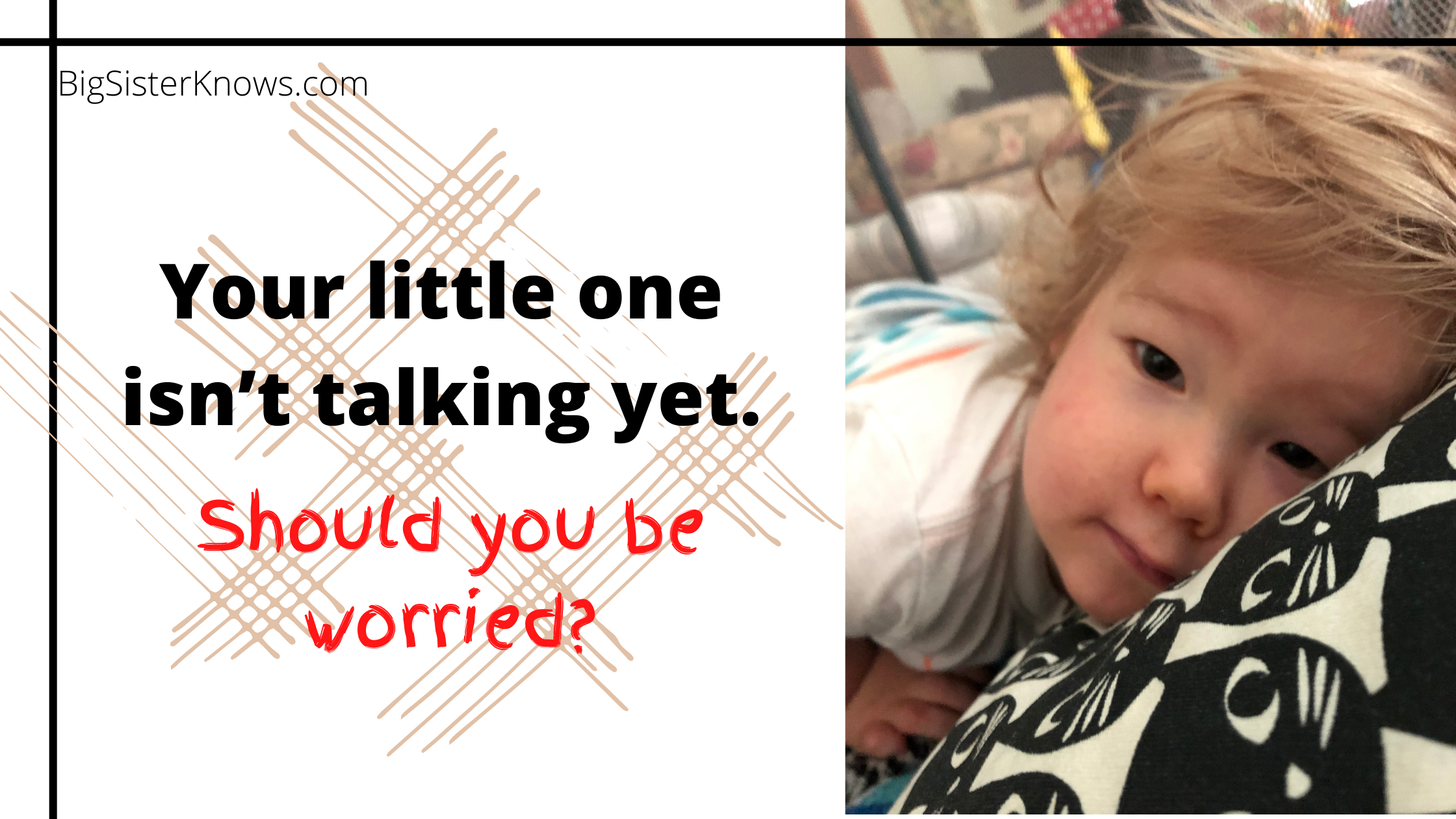 I thought Gordon would be an early talker. He seemed so aware of everything that was going on around him, and he made early noises that were very encouraging.

But Gordon’s first word—Dada—didn’t come for quite a while. Even then, we expected a flood of words to follow…but they didn’t.

Sure, Gordon said Mama (which I was especially proud of), but he didn’t use his words often, and even then he would get them mixed up. When he learned the word “more,” he used it consistently…for two weeks. Then he acted like he couldn’t say it anymore. He struggled with fewer than ten words for over two years, some of which he would “forget” and stop saying. Some words he would only say once and never again.

Our friends and family were encouraging, always quick with an anecdote of a friend whose child didn’t speak until four. “And he did just fine! He just did things on his own time.”

But my gut was telling me something was wrong.

After awhile, I mentioned my concerns to my nutritionist who has a child with Autism, and he referred me to the First Words Project by Florida State University. As their website states, their goal “is to identify early signs of developmental language disorders, autism spectrum disorder, and other communication delays in children from 9 to 24 months of age.”

Why so young? Because early intervention can make all the difference.

One of the best tools the First Words Project offers is their “16 by 16™” series. This is “designed to help families and others learn the critical social communication skills that children should reach by 16 months in order to launch language, literacy, and much more by 24 months.”

When I first read their resource, “16 Gestures by 16 Months,” I knew my gut instinct was right. This document states: “Research with young children indicates that the development of gestures from 9 to 16 months predicts language ability 2 years later, which is significant because preschool language skills predict academic success. So it’s important to remember that by 16 months, children should have at least 16 gestures…. While the order or specific gestures may vary slightly, children should be using at least 2 new gestures each month between 9 and 16 months.”

Here’s an example of gestures by age, pulled from “16 Gestures by 16 Months”:

At the time I reviewed this document, Gordon only used 2 or 3 gestures, but he should have been using 18 or more. No wonder he wasn’t talking! He was still building up to verbalization.

Armed with this information, I then completed the screening tool through their site, Baby Navigator. It identified several red flags for Autism—not what I was expecting! I had no idea that delayed speech was such a big indicator of this disorder.

The folks at First Words Project immediately gave us access to their Autism Navigator Resources, which are available for those who indicate a need through their screening tool. Through their online video library, I was able to see how kids with Autism react differently than neurotypical kids in the same situation. This really helped me to understand my child’s differences and what we needed to work on.

Eventually, we had Gordon evaluated by a psychologist who confirmed that Gordon does have Autism Spectrum Disorder as well as Childhood Apraxia of Speech. (The forgetting of words is a result of the Apraxia, but the delay of speech was due, in part, to the Autism.) (Read more about our family’s Autism journey here.)

After a year and a half of Occupational Therapy and Speech Therapy, Gordon is doing excellent. Last week, he saw our cat on the roof and said, “Patrick is up high on the roof.” Seven words. That’s the longest sentence he’s ever uttered, and it made my heart sing!

Looking back on our journey, I’m amazed that the folks at First Words Project could see the red flags when Gordon was merely 20 months old. If you have concerns about your little one’s delay in speech, check out their resources and take the online screening tool today. One day, your little one will say, “Thank you!”

Pin it for later: 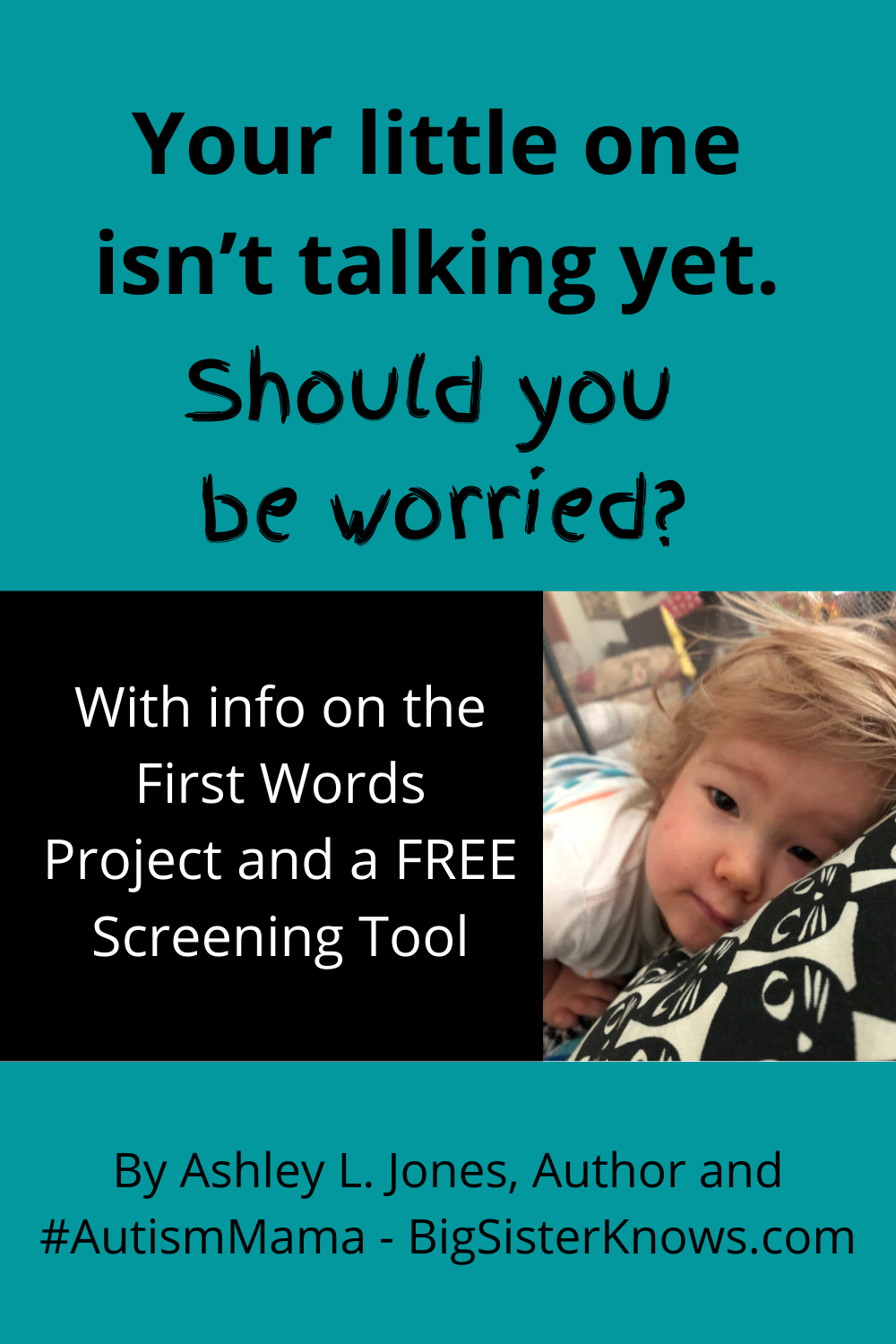