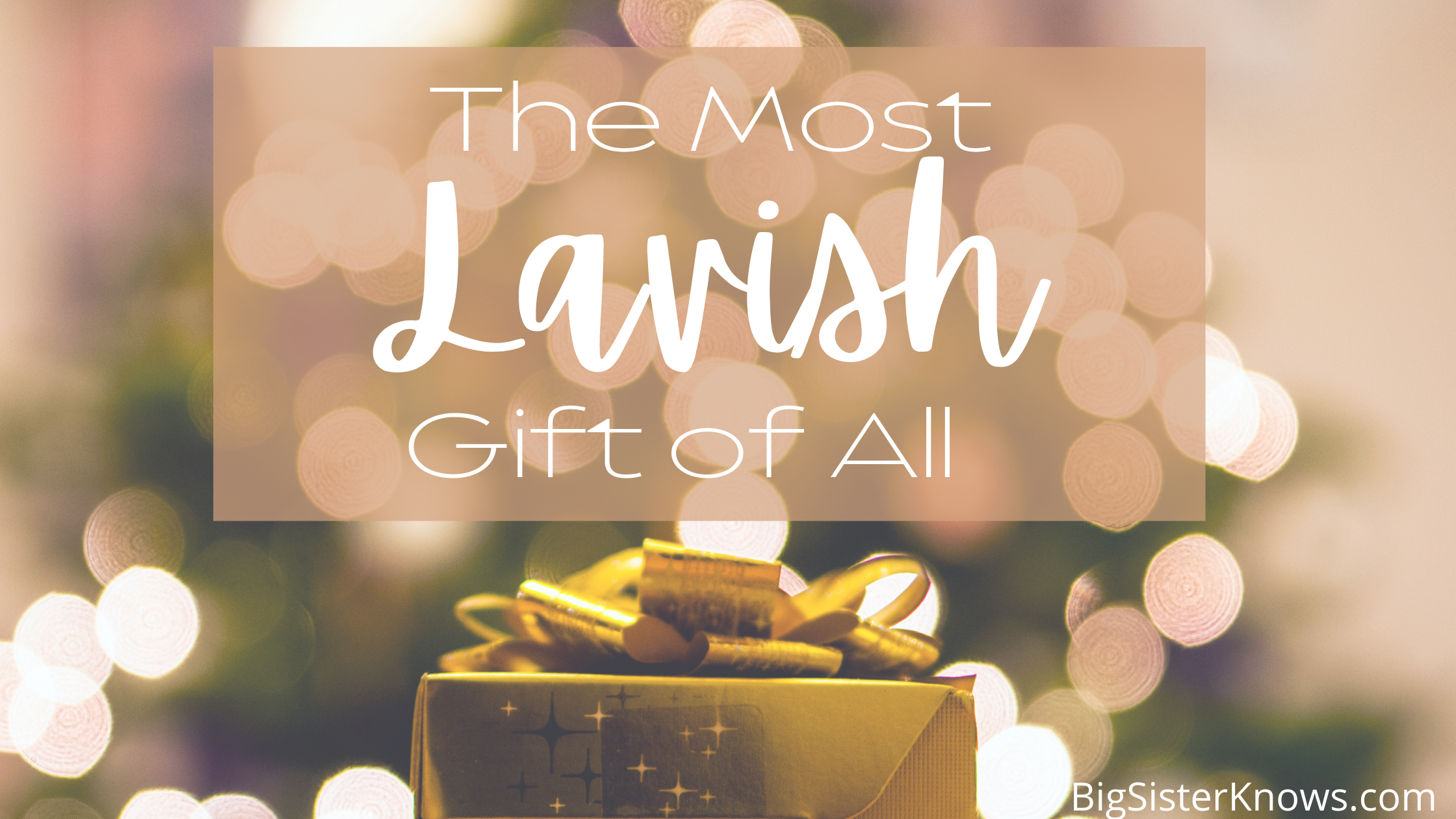 I was in a store recently when a homeless man came in and began chatting up the sales clerk. Apparently, John (as the clerk called him), had been in the store earlier and had picked out a reproduction of a painting.

“I told you I’d be back,” John told the clerk. “My sister Susan is going to love this! She’s done so much for me over the past few years, and I just want to give her something to show my appreciation. You said you can ship it to her, right?”

I watched as John produced $45 in wrinkled bills and an old envelope with Susan’s name and address on the return label. (I was reminded that homeless people don’t carry credit cards or use smart phones to manage their contacts.)

Although the painting was one of the most expensive items in the store, John didn’t haggle over the price. In fact, he seemed overjoyed to spend the money. Still, I wondered if he had any left to buy dinner. Where would he stay the night? Would his sister be pleased with the gift or upset over the cost?

As I tried to figure out how I felt about the situation, I watched John float out of the store on a bubble of joy and excitement. I realized he wasn’t just sending his sister something—he was sending her a grand gesture, an extravagant gift, and the joy he felt in giving it was its own reward.

The Idol of Frugality

I thought back to when I was 16 years old. It took me weeks to save up $110 to buy a birthstone ring for my mother. It was a lot of money to spend on a single present, which was exactly the point. I wanted to show Mom how much I loved her by giving her a lavish gift.

My mind shifted again, this time to our current Christmas preparations. My husband Robby and I live on a budget, so we agreed to keep the presents to a minimum, focusing on those around us with immediate needs. Still standing in the store, I mentally patted myself on the back for planning a frugal Christmas. That’s when the Lord convicted me: “You already know that money can be an idol. So can frugality.”

It felt like I had been kicked in the gut! I thought I was being smart, but in those two sentences, the Lord showed me that I was beginning to live in fear—fear that the money would dry up, that the needs would exceed the funds, that God would leave us high and dry. It wasn’t conscious—I know God will take care of us—but I’ve been holding a firm grasp on the purse strings, afraid of giving God full reign.

The Most Lavish Gift of All

As these thoughts were pouring through my mind, the Lord told me something very important about Himself: “I am not a frugal God. I give lavishly out of my abundance.”

How profound! Our God is the most lavish spender of all time—and He spent everything on us! God gave His Son Jesus to mankind on Christmas, and then Jesus gave His life for us on Easter. God didn’t hold back with us. He didn’t budget or skimp. God gave us 100% of His net worth in the person of Jesus Christ—and we didn’t even deserve it.

Let Us Freely Give

Now, I don’t propose that we max out the credit card bills in a misguided attempt to “bless” everyone around us. However, we should be more like John—focused not on what we lack but on our access to God’s abundance.

This Christmas, let’s allow God to guide all of our decisions—including how we spend our money—resting in the surety that He will not lead us astray. And let us freely dispense the priceless gifts of compassion, mercy, grace, forgiveness, and love, this season and throughout the new year.

“He who did not spare His own Son, but delivered Him over for us all, how will He not also with Him freely give us all things?” (Romans 8:32 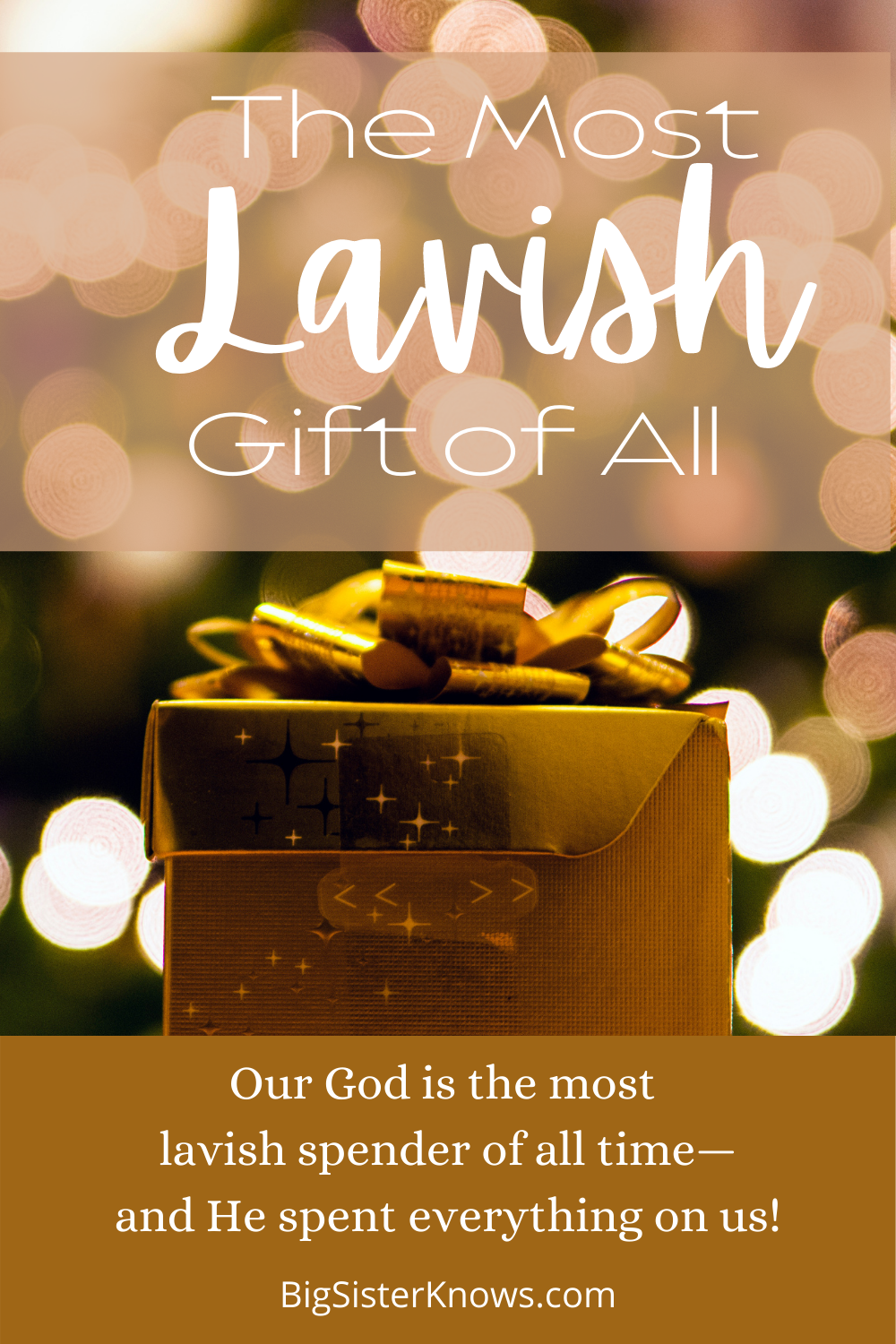