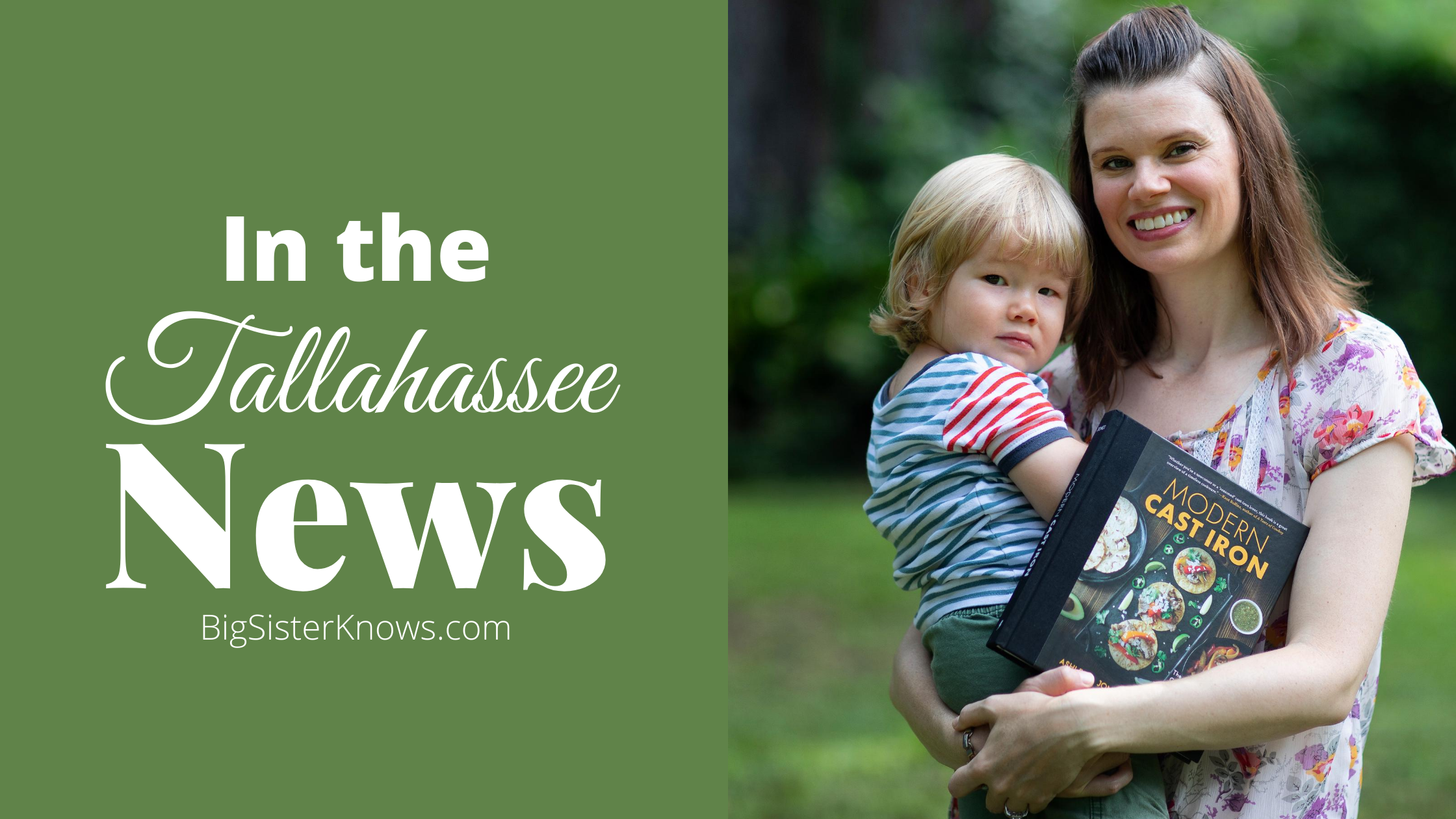 This week I had the pleasure of speaking with Rochelle Koff of the blog “Tallahassee Table.” Not only did we have a great conversation about my book Modern Cast Iron, but she took the book’s advice to heart and re-seasoned her cast-iron pans! (You go, girl!)

I’ve included an excerpt of the article below and links so you can read it in full. (Pretty neat, huh?)

When my husband left his home in Mississippi as a young man, his grandmother gave him two heirloom cast iron pans that she had received from her grandparents. They’re still among his most treasured possessions — and he knows how to use them, especially for dishes like savory cornbread and oven-fried chicken. When our kids moved out, we continued the tradition by giving them each a cast iron skillet.

It’s that kind of family legacy that helped inspire Tallahassee’s Ashley L. Jones to write the cookbook, “Modern Cast Iron,” a “complete guide to selecting, seasoning, cooking and more,” available from Red Lightning Books. Jones will launch the book from 1-3 p.m. Aug. 22 at Hearth and Soul on Market Street.
“It’s written for home cooks,” said Jones, who offers 50 recipes in “Modern Cast Iron.” “It’s everything I’ve been able to pull together through years of research online. I took what seemed to be the most pertinent stuff that the home cook needs to know. A hobbyist, a collector or a chef might do something different, but it’s geared to those trying to cook at home and get food on the table, keep a pan in working order and keep it in the family for many years.”

…
Keep reading on Tallahassee Table or the online version of the Tallahasse Democrat.

I just sent out the July newsletter with an exclusive cast-iron tip. If you’re not getting the newsletter, you’re missing out! Subscribe today and receive four printable recipe cards from my book, Modern Cast Iron.